Born in 1903, James Ruggles Thorpe was the second of four children of Margaret Andrus and Samuel Skidmore Thorpe, a co-founder in 1885 of the Thorpe Brothers Real Estate company. After graduating from the Blake School in Minneapolis and from Princeton University, Jim worked in the family business for over 40 years. He retired in 1968 having served not only as president of the company, but also in a variety of regional and state organizations and the National Association of Realtors.

Jim Thorpe maintained a lifelong commitment to education and personally helped many individuals obtain both secondary and college degrees. He donated generously during his lifetime to scholarship funds at a number of schools, among them the Blake School, Carleton College and Princeton University.

Jim established the James R. Thorpe Foundation in 1974 to continue these and other philanthropic efforts; upon his death in 1978, the Foundation received the major portion of his estate. A lifelong bachelor, Jim had invited four of his 10 nieces and nephews to serve on the original board of directors; one of them continues to serve today.

For the five years after Jim’s death, nephew Frank Thorpe served as President of the Foundation and was an engaged and creative thinker who not only expanded the grant making but also the professional and financial management of the organization. Jane Stamstad joined the Foundation as a grants consultant (later Executive Director) during this time and brought a new depth to the Board’s understanding and participation. Following Frank’s untimely death in 1983, Edie Thorpe led the Board from 1983 to 2008, emphasizing the value of site visits and supporting the development of a foundation website and board succession plan. She was succeeded as President by Tim Thorpe in 2008, the same year Jane retired and Kerrie Blevins became the foundation manager.

In recent years, the Board has experienced the loss of important members. Edie Thorpe was President for 25 years and was well regarded by the Minnesota philanthropic community. Edie was a catalytic force in developing the Thorpe Foundation’s culture that marries family engagement with high quality philanthropy. Sam Thorpe III, brother of Frank, was an original board member and served as a director of the Foundation for 35 years. The Thorpe Foundation was one of many philanthropic and civic pursuits Sam engaged in during his lifetime. Mary Cote Boos was also a founding board member, and served for more than 40 years. Mary’s natural warmth and deep commitment to faith and family were hallmarks of her board service. 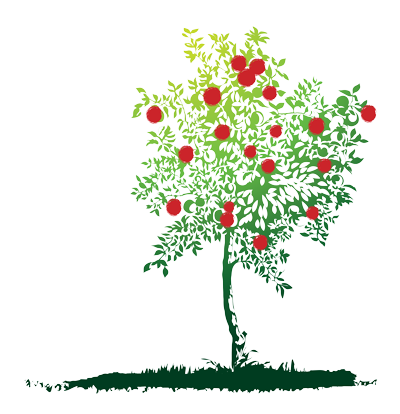 For over four decades, the James R. Thorpe Foundation has supported educational and youth-serving organizations in the Minneapolis area, along with many arts and social service nonprofits. The commitment to youth funding has been reaffirmed by the Board; a concern for the needs of the elderly emerged in 2008 through a strategic planning process. The Foundation focuses on organizations with operating budgets of $3 million or less, feeling that its dollars can provide more meaningful assistance to these groups. Since 1974, the James R. Thorpe Foundation has contributed over $12 million to the Minneapolis community. Guidelines are available here.

The Board has valued and encouraged the active community involvement of board members. In addition to site visits and volunteerism with non-profit organizations, board members have been engaged with the local philanthropic community.

Younger generation family members now comprise the majority – and leadership – of the Board, and all continue to be informed by Jim’s values of loyalty, modesty and humility. The current Board remains actively engaged in all aspects of the Foundation’s work, appreciating Jim’s values and grant making interests, while at the same time adapting to current issues and needs in this community. The Board is confident that Jim trusted ensuing generations to carry out his legacy of thoughtful, caring philanthropy.

The Thorpe Foundation seeks to create opportunities for middle school and high school age youth to achieve productive and independent lives. The Foundation has a focus on the needs of economically disadvantaged and at-risk youth.

The Thorpe Foundation seeks to foster the vital aging of seniors through support of services that help them remain independent, while reducing social isolation. The Foundation has a focus on the needs of economically disadvantaged seniors and the frail elderly.

For more details, visit our How to Apply page.